The 2017 Excellence in Journalism Award goes to… Eugene Yiga! 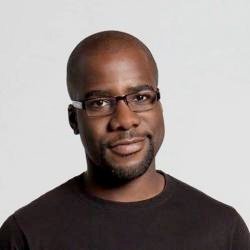 Eugene Yiga,  IFWTWA member since 2014 of Cape Town, South Africa wins the 2017 Excellence in Journalism Award for his entry, “Game of Thrones World Tour,” published in Edgars Club magazine in June 2017, exemplifies the journalistic excellence IFWTWA looks for in its members.

In “Game of Thrones World Tour,” Eugene provides a behind-the-scenes peek into the on-location production of the entertainment phenomenon and brings us fascinating insights into the show’s locations while inspiring travel to those locales. Whether the reader is a Game of Thrones fan or not, the article is compelling on several fronts.

Eugene will receive an award certificate, a cash prize, an announcement of the award on IFWTWA’s social media channels, on the IFWTWA website and via press release.

The 2017 entries presented some very stiff competition. Please take a moment to congratulate Eugene on this achievement.

Please confirm you want to block this member.

You will no longer be able to:

Please note: This action will also remove this member from your connections and send a report to the site admin. Please allow a few minutes for this process to complete.

You have already reported this
Clear Clear All